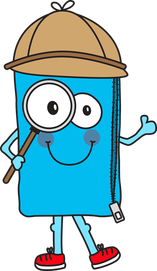 The Case of the Pencil Box Thief

Mrs. Fig announced that it was time for the students’ addition speed test. Everyone scrambled excitedly for their pencils in their pencil boxes. They loved to be timed on their math facts. Suddenly everyone heard a gasp.

Miah shrieked “All of my pencils are gone! I just put a brand new pack of pencils in my pencil box this morning and now they are missing!”
Mrs. Fig stated, “I’m sure you just misplaced them Miah. They will turn up.” She handed Miah her pencil to borrow.
After the speed test was over, Mrs. Fig passed out a math paper for students to paste in their journals. Everyone was started to hear a familiar gasp come from their classmate Lequon.
“Mrs. Fig, my glue is gone. I am positive I put it back in my pencil box after I used it for word work this morning.”
Natalie quickly offered for Lequon to share her glue with him.
Later that afternoon it was time to go to the book fair. The students clamored for their money and book lists to take with them. Mrs. Fig and the rest of the students noticed Bianca crying.
“My book fair money is missing,” whaled Bianca. I put $10 in my pencil box this morning and now it is gone.”
Mrs. Fig’s face turned stern. “Class. We are having an emergency class meeting. Come to the carpet immediately.”
The children scrambled to the carpet with upset looks on their faces.
“Something suspicious is happening here. It looks like we may have a class pencil box thief. I am very upset to see this because I thought we could all trust each other. We may have someone in our midst who has broken our trust and decided to be dishonest and steal. I need all of you to be detectives. Let me know if you see anyone taking things from others so we can handle the situation.”
The class nodded their heads in agreement.
Later that day, while the class was doing writing, Tyler noticed that Shelia’s pencil box

was bulging with supplies.  "That's odd..." thought Tyler. "Shelia didn't have all of those pencils and glue sticks this morning."

Tyler knew that this could be a clue in The Case of the Pencil Box Thief mystery. He quietly approached Mrs. Fig and explained to her what he had noticed.
The next day Shelia approached Mrs. Fig and said she had money for the book fair. Mrs. .Fig allowed Shelia to go pick out books. The class looked suspiciously at Shelia as she left the room. Marques approached Mrs. Fig shyly.
“Mrs. Fig, yesterday I heard Shelia tell Zayne that she stole money from Bianca and couldn’t wait to go shopping at the book fair. I didn’t believe she would do something like that until I saw her ask you to go to the book fair today,” stammered Marques.
Mrs. Fig thanked Marques for coming to her with is evidence and assured him that they would get to the bottom of the mystery. She quickly called Zayne up to confirm Marques’s story. Zayne admitted that Shelia had told him she was the thief. Soon after, Shelia marched into the room excitedly with her new bag of books. Mrs. Fig called Shelia over to her desk.
“Where did you get the money for the book fair Shelia?” asked Mrs. Fig.
“My mom!” exclaimed Shelia.
“Two students heard you say that you stole the money. I am going to call you mom to make sure she really did give you money to spend at the book fair today,” said Mrs. Fig sternly.
Shelia looked down at her shoes. “Ok Mrs. Fig. I have something to tell you. I was the one who stole the money. I also have been taking pencils, glue and erasers out of pencil boxes,” admitted Shelia.
“That is so disappointing,” sighed Mrs. Fig. “Your class and I trusted you. You broke our trust. I need you to go to timeout and think about how you are going to explain this to your class.”
Shelia went reluctantly to time out. Fifteen minutes later she approached Mrs. Fig and told her she was going to apologize to the class and admit what she did. Mrs. Fig stated that she also needed to tell her mom what she had done because she should replace what she had stolen. Shelia apologized to her classmates. The class was very disappointed, but accepted her apology. Shelia learned that stealing from others hurts them. While her classmates accepted her apology and were nice to her, they could no longer trust her. 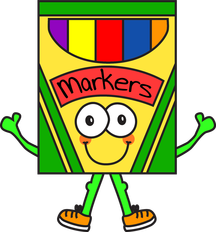